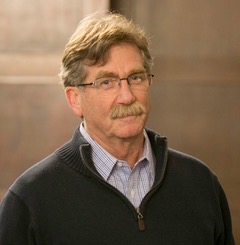 Mark McConville Ph.D. is a Clinical Psychologist in private practice in Beachwood, Ohio, specializing in adult, adolescent, emerging adult, and family psychology. Dr. McConville is a senior faculty member at the Gestalt Institute of Cleveland and has lectured and taught widely on the subjects of child development, parenting, and counseling methodology.

His book Adolescence: Psychotherapy and the Emergent Self (Jossey-Bass, 1995) was awarded the 1995 Nevis Prize for Outstanding Contribution to Gestalt Therapy theory. He is the author of the Counseling Feedback Report, an innovative and widely used adolescent assessment tool, and is co-editor of The Heart of Development: Gestalt Approaches to Childhood and Adolescence, vols. I & II,(The Analytic Press, 2001). His latest book titled ‘Failure to Launch’ which investigates the root causes of why modern kids are struggling to transition from childhood to adulthood was released in January 2020.

In addition to his private clinical practice, Dr. McConville serves as Consulting Psychologist to Hathaway Brown School and University School, both in the Cleveland area.

OTHER BOOKS BY DR. MCCONVILLE